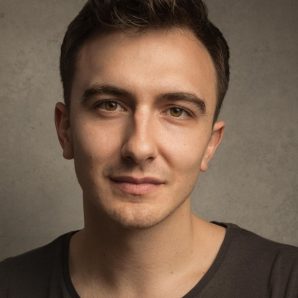 Click above to watch the video message from Cameron Sharp

Cameron trained at Mountview Academy of Theatre Arts, graduating with a BA (Hons) in Performance (Musical Theatre) in 2013.