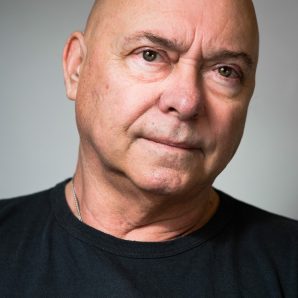 Click above to watch the video message from Garry Robson

Garry Robson is the consummate performer, a versatile lead actor and singer who has appeared on main stages throughout the UK in a variety of new plays and classics. A Radio4 drama favourite, he also hosted the series of CBBC quiz show Crisis Control as The Commander. He delivered a flawless Welsh accent as lovable rogue Skip, main cast in the BBC series Pitching In and caused a real stir with his ground-breaking work on Silent Witness playing disabled copper DI Sid Clark.

England International Wheelchair Curler. We never know when it will come in handy!